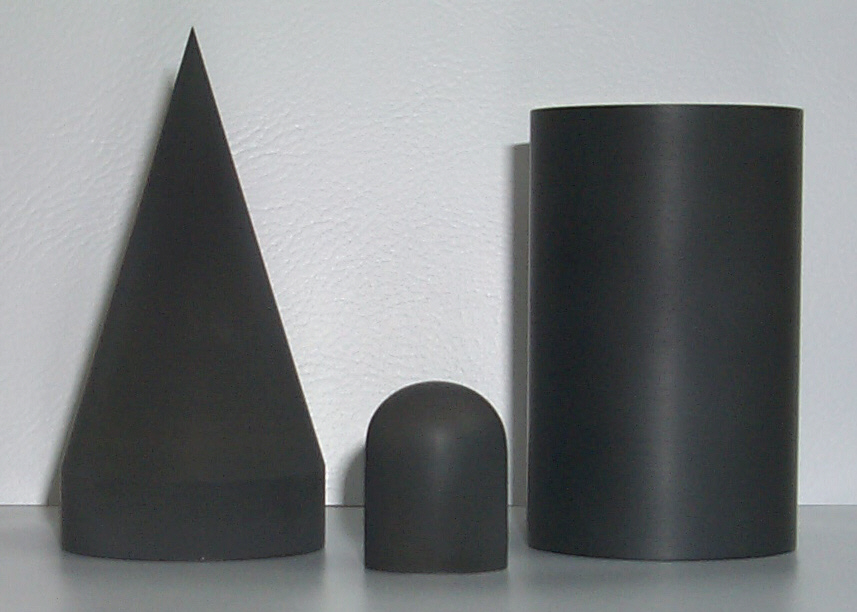 Aluminium and its alloys find wide industrial application due to their high strength–to-weight ratio, good corrosion resistance, and good formability. Their hardness and wear resistance, however, are not satisfactory for a number of potential uses. Nitriding is a promising method for surface modification of Al since AlN has excellent physical and chemical properties, e.g. high hardness and increased wear resistance. Ion nitriding involves bombardment with energetic nitrogen ions of the material’s surface held at elevated temperatures. In contrast to the purely thermal nitriding process, ion bombardment results in removal of surface atoms due to sputtering while, at the same time, creating high concentrations of nitrogen beneath the surface. In effect, an AlN layer extending well beyond the ballistic projected range of the ions forms by thermal diffusion.

The thermal transport during ion nitriding of Al is dominated by the diffusion of Al atoms. The phenomenon has been investigated using marker „layer“ and isotope sequence techniques. 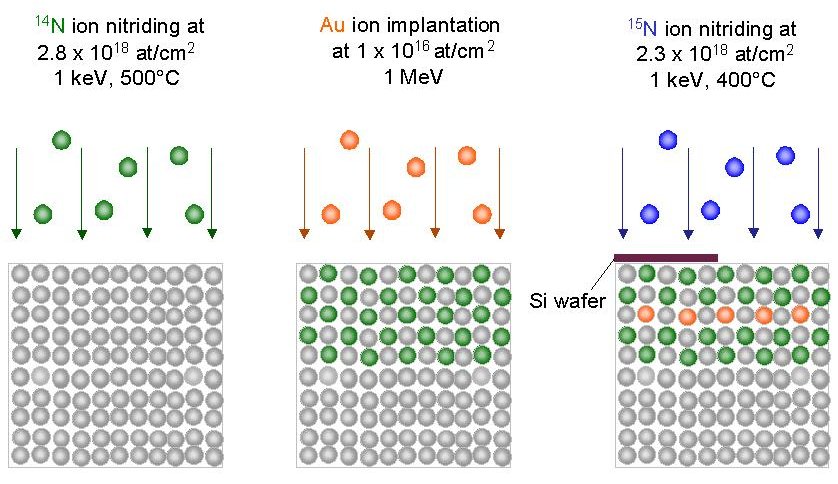 Fig 1 shows the experimental steps: a) A stoichiometric AlN layer of about 400 nm was formed by ion nitriding with 14N, b) Au „layer“ with a maximum concentration of 1 at. % was implanted in the middle of AlN layer in order to be use as a marker for the relative migration of Al and/or N atoms, c.) Subsequently the sample was ion nitrided with 15N. Part of the sample was covered by Si wafer in order to study the temperature influence on the marker layer. 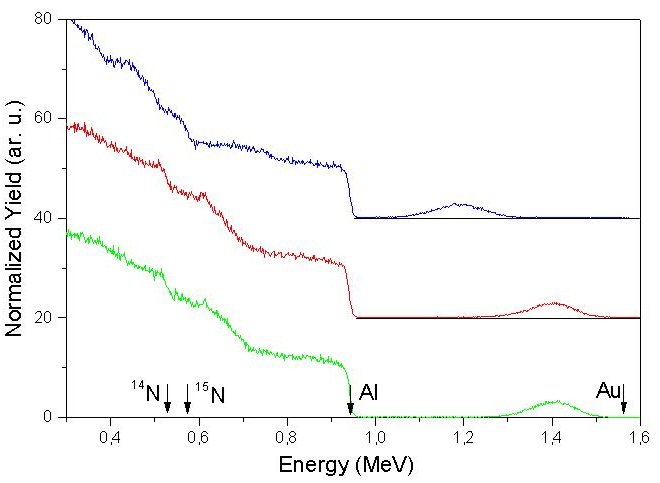 Fig. 2 shows RBS spectra obtained after 14N ion nitriding and Au ion implantation (green) and from the temperature treated covered sample area (red). The position and the shape of Au profile is not changed due to the high temperature, therefore it can be used as a marker for the relative migration of Al and N atoms. The RBS spectra after additional ion nitriding with 15N is shown with blue. The thickness of the AlN layer in front of the Au marker layer is significantly increased, even though the surface was eroded due to sputtering. This indicates that the AlN layer grows from the surface due to dominating Al diffusion from the bulk. 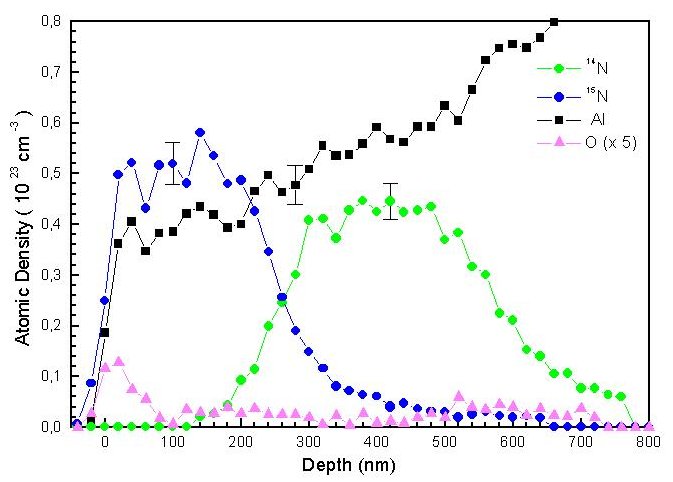 Fig. 3. shows elemental depth obtained by ERDA after ion nitriding with  14N and 15N. The profiles distribution shows that AlN nucleates on the surface and confirm that Al is the dominant diffusing element.