The new measuring technique to determine the local velocity in liquid metals should meet the following requirements: 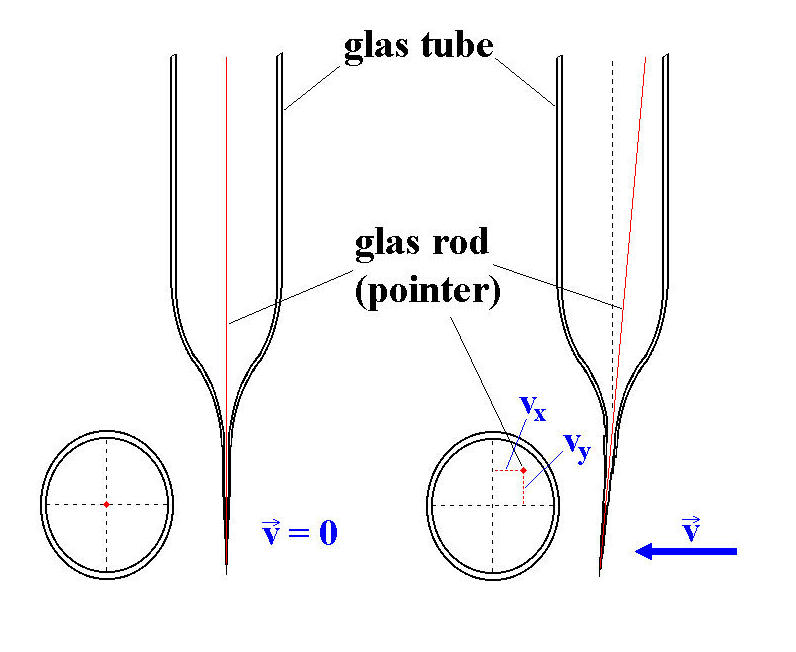 The sensor, which is in direct contact with the fluid, consists of a extremely thin tip (about 50 microns) manufactured from a glas tube by a special thermal treatment. Inside this glas tube a small glas rod is positioned and rigidly connected with the sensor tip only in the front point. The presence of a fluid moving around the sensor results in an elastic deformation of the tip. Consequently, a shifting of the upper end of the inner glas rod (pointer) can be observed by optical means. This displacement is a function of the local fluid velocity. The two velocity components perpendicular to the sensor axis can be measured. Installing a small sphere at the sensor allows the determination of relatively low velocity values.

Thus, the measuring principle is based on the separation of the mechanical interaction between fluid and sensor tip and the optical acquisition and processing of the signal. Therefore, the probe can basically be employed also for high temperatures. An endoscope combined with a special lens system and a CCD-array is used to observe the pointer image. The pictures are digitalised and analysed by means of a frame grabber installed in a PC.

The measuring principle is insensitive to electrical noise and external magnetic fields. This fact can be considered as an important advantage for applications in MHD laboratory experiments and measurements at facilities with a high level of electrical noise.

Until now, the sensor has been applied for measurements in water, InGaSn (at room temperature), SnPb and SnBi (up to 350°C). First measurements at an industrial scale facility have been performed successfully in an electromagnetically driven SnBi flow (company Danieli, Buttrio, Italy).

The mechano-optical sensor is applied for a patent. 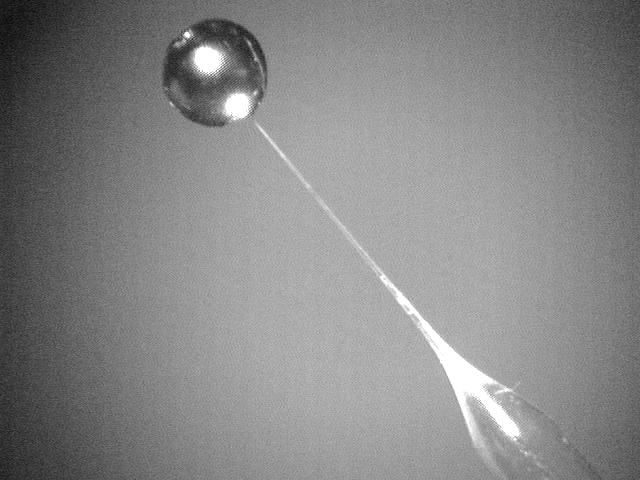